2013 - Getting in Touch with my Inner Athlete Once More

I am not one to make New Years Resolutions.  I don't particularly have anything against them and I do understand why people make them, however I know myself too well and know that they would set me up for failure. I do however like to make some goals to strive for during the year.  Last year my main goal was to survive the pain in my feet and to be able to return to work.  I accomplished that goal and more.  This year while my list of goals is a bit longer, my main goal is to get back in touch with my inner athlete and stay in touch for good.

Before I started to get sick, and then went undiagnosed for a long period of time, I felt like an athlete.  Sure I had a full-time job and did not get paid for my athletic pursuits, but I really and truly felt like an athlete. I may have not been the fastest or strongest, but I was at my fittest and strongest. I had ran my best marathon to date, 3:48:22 in Winnipeg, and was in the best shape I had ever been.  I was running a lot of races and had dabbled in triathlons (which I loved).  I felt content and was able to deal with the problems life inevitably threw my way.  And then I got sick.  As time went on my weight and energy levels dropped.  Where before I woke up most days looking forward to my training ahead, exercise became a huge effort.  I was exhausted and forced myself to keep going.  More time passed and I stopped my spin classes and I ran once a week at most.  My time at the pool was pathetic.  I felt so frustrated, I remember crying and being so angry.  I did not understand.  Of course once I found out I had Type 1 Diabetes and learnt what could happen before diagnosis it all made sense.  My inner athlete had not disappeared, she had just gone into hiding for a while.

I spent the first six months after being diagnosed dealing with all of the complications I was bombarded with, the main one being the issues with my nerves and feet.  By February of 2012 I returned to work and was able to swim again, albeit slow and not very far.  I remember the first run I did and the elation I felt.  I had only run 5km, most of which had been done on feet that felt like I was running on rocks, but I had done it.  I knew then that I could do it however was unsure if I could ever get back to my past self.

Since September 2012 I have been able to ramp up my workouts and December 2012 was a stellar month for me.  I have been swimming consistently and feel that I am back to where I was in that aspect.  I am running at least three times a week as well as spinning, boxing and doing some weights (I am not and never have been a fan of the weight room!).  In the two weeks before Christmas I attended boot camps and worked out hard, like really hard!  I  pushed myself past my comfort levels into levels of discomfort and it went well.  I feel great.  Besides some blood sugar issues here and there, which are to be expected, I feel like I can get back to where I was and surpass that.  The muscles in my legs are returning and I am getting stronger.  My drive to compete is showing its face again and man am I happy to say that out loud! I am starting to dream again of road races, trail races, half marathons, marathons, ultra-marathons and triathlons.  My inner athlete is starting to come out of the shadows, it is great to see her and start to get reacquainted with her. 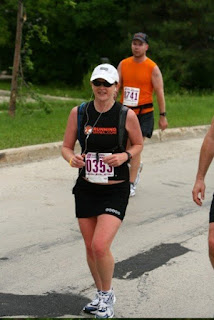