I have always associated the number five with some of the things I find are the hardest.  This list includes:

I now have another one to add to the list.  The first 5 minutes of a low blood sugar once I have treated it. It usually takes me at least this amount of time to start to feel the effects of the life saving glucose to hit my bloodstream.  The first 5 minutes usually include flickering eyesight, cold sweat, shaking, the feeling that my insides are shuddering, increased heart-rate and decreased thought process, the nearly uncontrollable urge to eat everything in site and just plain fear.  Just like the other things in my list, after 5 minutes things usually start to improve (not always but that is a whole other post in itself). 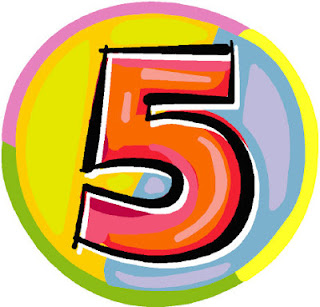 Every day living with Type 1 diabetes is like a tug of war.  D pulling on one end and I on the other.  I would say that the majority of the time I am able to keep D in check and pull it over to my side of the line.  However once and awhile D surprises me and abruptly jerks me over to its side planting my face in the mud.  Yesterday was one of those days.

All day I had been battling high blood sugars.  I woke up with a high BS and over the course of the next nine hours I did my best to try and bring it down.  Despite administering correction boluses left right and centre and eating low carb all day, they would not budge.  They hovered between 13 and 16 despite my efforts.  It made me feel like garbage.  On Monday nights I go to a high intensity boxing/cardio class and hoped that some good exercise would help to bring my numbers into range.  By the time I was ready to leave for the gym I had a headache and felt slightly nauseous due to the high sugars all day.  I tested right before the workout and was at 12.9.  Usually I would have given myself a bit more insulin as this is higher than I would like to start a workout with.  Something in my gut told me to leave it alone and in hindsight I am glad that I did.

We started the class with some light running and then some sprint repeats.  After this came 5 minutes of skipping followed by a series of burpies and work on the bench (i.e. straddle jumps etc).  After half an hour I was sweating and feeling fine.  We started doing some kicks and all of a sudden my world went fuzzy.  I felt weak and started to shiver.  I knew it was bad and before I could do anything about it my legs buckled from under me.  Lucky for me I always stand at the front of the class.  I don't do this to show off but due to the fact that I have terrible coordination and having someone in front of me is very distracting.  I knew I was on the verge of passing out and literally crawled from my place on the floor to my bag of glucose tablets about five feet away.  I stuff five of them in my mouth and drank them down with some water.  A quick check and I was at 2.0.  The instructor rushed over to me to see if I needed assistance and I am so grateful that I was able to somewhat communicate with her as she asked if I needed a shot of insulin!  I shook my head at her violently and just pointed at my glucose.  Not sure if she understood but she said she would come check on me again in a few minutes.  After about five minutes had passed I started to come around, however cold sweat was pouring off my body.  Fifteen minutes later and I was only at 3.2.  I took two more tabs and knew that I would have to call it a day.  When the instructor returned I explained that I had suffered a bad low blood sugar and that the worst thing for me would have been a shot of insulin.  I think she got the message.  At this point I was starting to feel a bit emotional and let her know I would be going home.  I gathered my stuff and slowly walked to my car.

Just like any Type 1 diabetic I suffer with lows. It is not unusual and I know what to do to treat them.  They suck big time but most of the time I get on with it, not letting on how crappy they can make me feel.  Something about what happened last night, maybe it is because I was in public and doing something I love to do, opened the flood gates.  I sat in my car and bawled my face off.  At first feeling sorry for myself (which I rarely allow myself to do) and then feeling extreme anger at this damn disease.  I cried, yelled, swore and pummelled my fists against the steering wheel.  The realization that this is my reality hit me hard and I let loose.  After I got it all out I calmed down, drove home and cuddled with my dogs expressing my frustration to them.  They don't judge and just sat with me their heads on my lap.

Today I feel much better, albeit still a bit wiped out.  I did not sleep that great and am nervous about my ninety minute scheduled workout this evening.  I cannot understand what happened and why I crashed so badly.  It was like all the insulin I had taken over the day had stored up and unleashed at once. Yesterday diabetes won the tug of war but be damned if it will today!
Posted by Jocelyn at 11:01 3 comments:

I thought using my blog to keep track of my monthly training would be a good way to see how I am progressing and to make sure I am reaching the goals I set for myself.  Also I find that when I publish my workouts it gives me the drive to continue pushing.

January was a good month and I am pleased with the results.  I am not training for anything specific at the moment, just working on getting back in good shape and creating a base to hopefully participate in some races this year.  I did not suffer with any injuries which I am pleased about.  My sciatic and IT band cooperated through the month and I think a lot of this is due to spending more time stretching after workouts.  I invested in a pair of bike shoes mid month and they are making the world of difference for me on the bike.  I did not run as much as I would like, but sometimes that is the way it goes with this Alberta weather.  I also only hit the pool once which is not like me at all, but I made up for it in other areas.  Ryan and I also took off for four days to Las Vegas and I did not do any training then.  However walking around Vegas in high heels was a workout of its own!  Lets break it down:

For the month of February my goal is to get some more running and swimming in.  I am loving the bike and can definitely tell my legs are getting stronger.  I am learning to push myself out of my comfort zone once again and I love it :)