Curious Case of the Gluten Disaster

Be warned, this post will most definitely contain poop talk that may border on too much information.  If this makes you queasy (or you are remotely attracted to me, lol) do not read any further!

I was diagnosed with celiac disease in May, 2012, approximately eight months after being diagnosed with Type 1 diabetes.  Celiac disease is an autoimmune disorder of the small intestine.  When people with celiac eat foods that contain gluten, it results in an immune-mediated toxin that causes damage to the small intestine and does not allow food to be properly absorbed.  The smallest amounts of gluten can affect people with celiac and cause health issues.  There is no cure for celiac and the only form of treatment is to avoid all gluten.  For those who don't know, gluten is the common name for the protein in specific grains.  These proteins are found in all wheat as well as related grains such as rye and barley.

Statistics show that approximately one in ten Type 1 diabetics end up celiac as well (yay us). Before I was diagnosed I suffered with all of the classic symptoms such as stomach cramping, gas, bloating in my stomach (sometimes I could look 6 months pregnant), chronic diarrhea, constant nausea, fatigue etc.  A biopsy of my small intestine confirmed the diagnosis and since then I have been avoiding gluten to the best of my ability.  At first it was a challenge as I had to read the ingredients on every single thing I bought.  I was amazed at the things that contain gluten and found that my already healthy diet became much healthier.  As I have to count my carbs to dose my insulin, I find that I often stay away from the gluten free breads and pastas as they are quite high carb. The majority of my diet consists of fresh vegetables, fruits, fish, lean meats, brown rice and quinoa.  Ryan bought me a bread maker and I have found some good recipes to make my own bread, which I like to eat on the weekends for breakfasts before my workouts.

The one thing I have found difficulty with is cross contamination.  I don't buy anything from the deli as it is a breeding ground for cross contamination.  I am careful to read and examine every gluten free menu as often there is fine print advising that cross contamination could be possible.  An example of this would be pizza from Panago or Pizza 73.  They do have gluten free crust, however it is prepared in the same place where regular crust is prepared.  I can't eat it.  To give you an idea of how sensitive I am to gluten, one day at work without thinking I toasted a piece of gluten free bread. I must have gotten a crumb of regular bread on my toast as I was so sick after.  As I said, I do my best to avoid cross contamination but it does occur.  Sometimes the results are quite mild and sometimes they are severe.  Sunday night my friends was severe!!

For supper I had prepared 1/4 cup brown rice, roast veggies and a grilled chicken breast.  Nothing out of the ordinary.  I looked in my fridge and came upon a little bottle of hot sauce I had forgotten about.  I read all of the ingredients and cross referenced them with my gluten bible.  Nothing suspicious at all so I sprinkled a little bit on my chicken and veggies.  This was at approximately 8:00pm.  I went to bed feeling fine.

At 11:30pm I woke up in extreme pain and discomfort.  I had been glutened and it was bad, I had not felt this way for a long time.  In fear of crapping myself on the way to the bathroom, I crawled there slowly and carefully.  And so it began.  I spent the majority of the next six hours in the bathroom.  Now let me tell you something.  I have had diarrhea from things like the flu or eating something that is off.  None of that compares to what I call the "glutes".  It is violent and nasty and smelly and disgusting.  Like really disgusting.  It even looks different (google it if you dare) and is all oily.  And it hurts a lot and burns (see I told you it may be too much information).  By about 5:30am most of it had cleared its way through my system and I was able to fall asleep.  Needless to say when my alarm went off at 7:00am to go to work I shut it off and called it a day.  Not only was I exhausted from the bathroom Olympics my stomach and every muscle surrounding it hurt.

I am pretty sure I got the glutes from the hot sauce but cannot say for sure.  All I know is that I don't want to repeat that again anytime soon - that stuff went straight in the garbage! 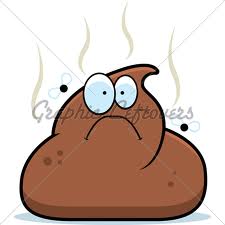